"There is no good or bad. There are only circumstances." - Balzac de Honore
Leave a comment Posted on September 4, 2017 Mastery, Power

Very much enjoyed the thoughtful questions from @RyanHawk12 on The Learning Leader Show. Listen here: https://t.co/T4Ha6QImGz

Robert Greene spoke recently with the I’m Not You Podcast about developing power and overcoming fear. Enjoy!

I had a great conversation with @NiyiSobo about power, fear, and human nature on the I’m Not You podcast: https://t.co/AflYKcIWhN

Recent article written by Ryan Holiday, former apprentice of Robert Greene, on Robert Greene’s advice for creating a classic book (like The 48 Laws of Power). Enjoy!

A big thank you to @RyanHoliday for his recent article, “Robert Greene’s Best Advice On How To Create A Classic”: https://t.co/7Mao6N9mJq

Greene posted a link to a picture of the books he’s reading for his upcoming book, The Laws of Human Nature.

A few more of my favorite biographies read for my next book on human nature #whatimreading https://t.co/SeNumgFkmL A concept stemming from Machiavelli and referenced in The 50th Law. For Machiavelli, the New Prince is someone who, through dint of ingenuity and boldness, rises up to power from the bottom. They were not born with advantages; rather, they seized opportunities, acted quickly and with courage, adapted to the times, and overcame obstacles.

For Greene, a classic example of the New Prince is Napoleon Bonaparte, whose deep penchant for military strategy and strong ambition to be in power allowed him, despite humble beginnings, to rise through the ranks and become Emperor of France. 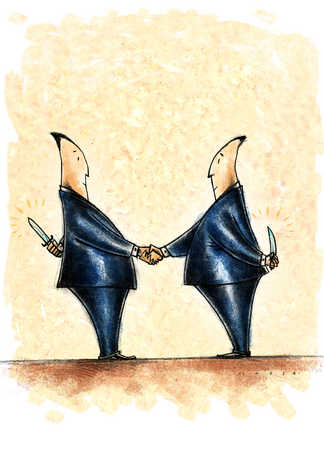 An image from The 48 Laws of Power. The Jaws of Ingratitude represents the fate of powerful people who bestow favors upon friends. Because people like to feel they’ve earned favors, they will often turn envious and ungrateful if a powerful friend gives them a favor. Beware of envy and ingratitude – don’t put too much trust in friendship.

Foundational principle in Greene’s philosophy. Indirection involves concealing your intentions and maneuvers for power behind seemingly innocuous acts, such as giving gifts or compliments, presenting a boring exterior, using selective honesty, being charming, and so on. For Greene, we must learn to take the indirect route if we want to achieve power.

The Power, Seduction, and War Fan Site
Create a free website or blog at WordPress.com.